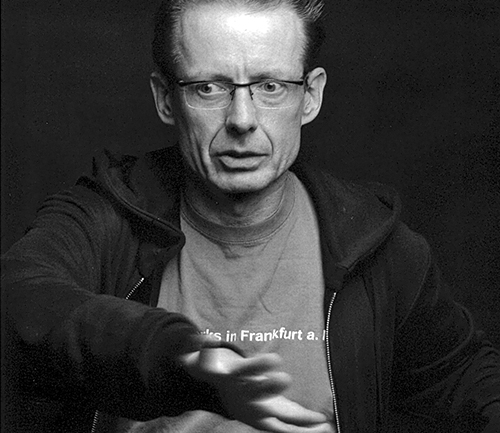 Dieter Heitkamp is a professor for contemporary dance at the University for Music and Performing Arts Frankfurt a.M. and director of the Department for Contemporary and Classical Dance| ZuKT. For 20 years (’78–’98) he worked with Tanzfabrik Berlin as a choreographer, dancer, teacher, collective member and one of the artistic directors (until 1995).

Over 35 years he has been involved with studying, teaching and performing Contact Improvisation (CI). His ongoing interest in developing and documenting CI as a social dance form and a choreographic tool took a new direction, with contactencyclopedia.net, which he developed in cooperation with Norbert Pape and with the support of the HfMDK Frankfurt a.M.

He is a member of the board of directors of Tanzlabor_21/ Tanzbasis Frankfurt_ Rhein_Main since 2006. In 2009 he initiated the interdisciplinary research platform THE ARTIST’S BODY. He is a member of the ITI Germany and ID_Frankfurt/ Independent Dance and also worked as a curator for Tanzplan Deutschland, Fonds Darstellende Künste and Kunststiftung NRW.