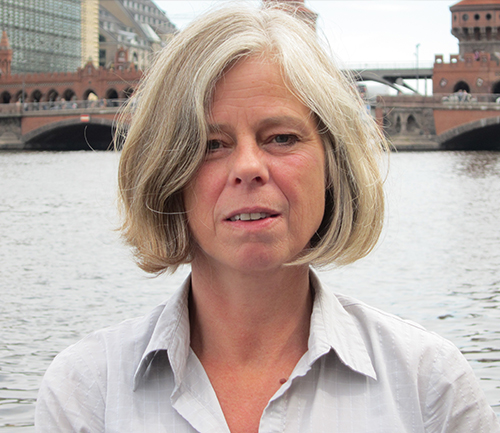 Gisela Müller studied dance in Paris, Amsterdam (SNDO) and New York. She was a member of several dance companies before founding The Move Company in 1992 for which she choreographed numerous pieces.

She was granted scholarships for artistic work both in Germany and abroad. Since 1988 she is teaching regularly in various institutions and studios. Since 2004 she is member of the board of Tanzfabrik Berlin and responsible for the artistic and educational programme of Berlin’s Tanzfabrik School and acts as director of the Dance Intensive programme.

From 2006 until 2010, Gisela Müller was visiting professor at the Inter-University Dance Department / HZT in Berlin (Hochschulübergreifendes Zentrum Tanz) where she invented and co-directed the BA course in Contemporary Dance, Context, Choreography. Beside that she is a member of the decision-making board of the East European network for performing art Nomad Dance Academy since 2012.