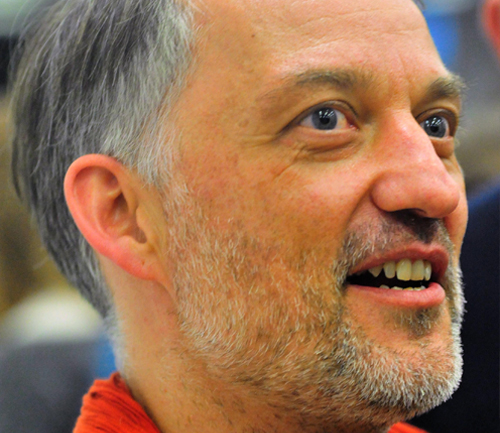 Prof. Ingo Diehl has been working as a dancer, choreographer, training head, and choreographic assistant since 1988 at, amongst others, Tanzforum Köln, Tanztheater Bremen, Island Ballett in Reykjavik as well as at various festivals. In addition to giving lectures and fulfilling teaching assignments at universities and colleges, he has also published diverse specialist articles.

As director of Tanzplan Deutschland’s educational programme from 2005 to 2011, he was responsible for all educational issues and the development of Tanzplan’s dance education project. Tanzplan Deutschland was a major initiative by the german Kulturstiftung des Bundes (Federal Cultural Foundation). He was artistic director of the 1st Dance Education Biennale – Tanzplan Deutschland, an event he organised with Bettina Masuch in 2008. He also developed the „Dance Techniques 2010 – Tanzplan Germany“ research project with Dr. Friederike Lampert. In 2011 he and Madeline Ritter founded the Kulturbüro Diehl+Ritter.

Until March 2012 he was responsible for the Tanzfond as project head.  He is a founding member of the national Dance in Schools association, the initiator of the Dance Education Conference and a member of several juries. Since April 2012 he is professor for Contemporary Dance Pedagogy and directing the MA program at the Hochschule für Musik und Darstellende Künste Frankfurt am Main.