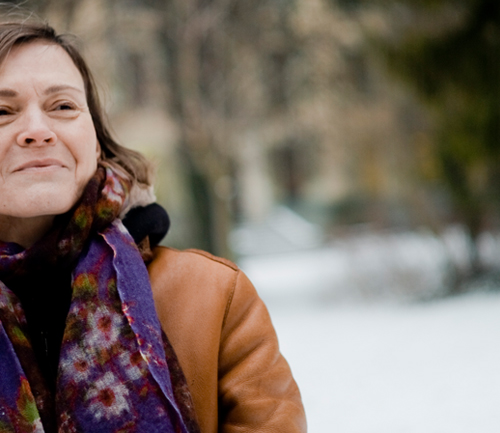 Irmela Kästner is an author, curator and the artistic director of Dance Initiative Hamburg.

For 24 years she has been working as an author in the field of dance and performance. Her articles get published regularly in the daily and specialist (e.g.: Tanzjournal; tanz ) press. She has contributed to various books, both nationally and internationally. In 2007 her book Meg Stuart—Anne Teresa de Keersmaeker (together with photographer Tina Ruisinger) was published by K. Kieser Publishing House Munich. She has also authored film and television projects in cooperation with the German Dance Film Institute Bremen.

As co-founder and artistic director of Dance Initiative Hamburg she develops, curates and produces festivals, laboratories, talks, stage and outdoor productions. She lectures and publishes on that work.

She earned a psychology degree as well as an MA at LABAN London. Educated in classical Ballet and contemporary dance she founded her own laboratory space in the early 1980ies. Inspired through the work of dance artists like Fred Holland, Simone Forti, Pauline De Groot, whom she met in Berlin and Amsterdam, she started her own work in performance and dance film, e.g.: Weiss, 1991; Platz, 1994; zeitWeise, 2000.

For many years she taught contemporary dance and movement analysis on amateur and professional level. She launched research projects on creativity and dance, e.g. at Hochschule für Musik und Theater Hamburg.