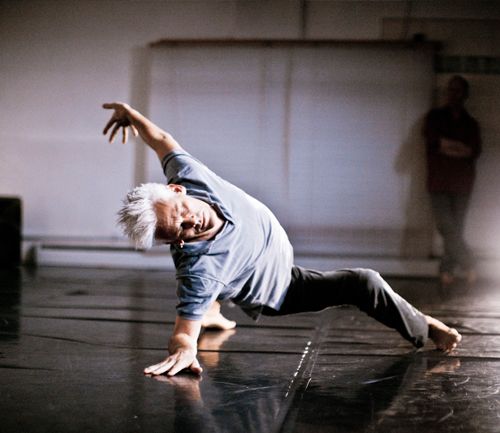 Jess Curtis has created a body of work ranging from the underground extremes of Mission District Warehouses with Contraband and CORE (1985-1998) to the formal refinement and exuberance of European State Theaters and Circus Tents with Compagnie Cahin-Caha (1992-2002) and Jess Curtis/Gravity (2000-present).

Along with numerous fellowships and funding awards, his work has been recognized with the prestigious 2011 Alpert Award in the Arts for choreography, a total of six Isadora Duncan Dance awards, the 2011 Homer Avila Award for Physically Diverse Dance, and a Fringe First Award at the Edinburgh Fringe Festival. Curtis teaches Dance, Contact Improvisation, and Interdisciplinary Performance throughout the US and Europe and is currently a Ph.D  candidate in Performance Studies at the University of California at Davis focusing on embodiment and performativity in movement-based performance.