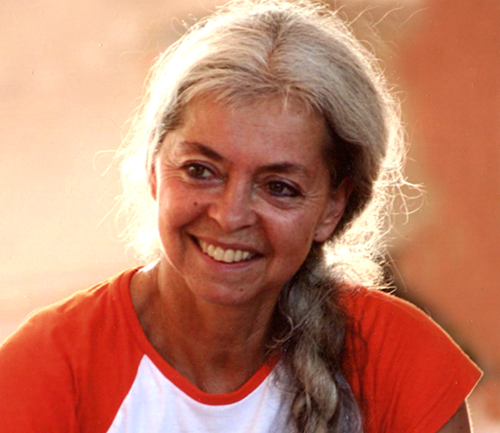 Nancy Stark Smith was first trained as an athlete and gymnast, leading her to study and perform modern and postmodern dance in the early 1970s, greatly influenced by the Judson Dance Theater breakthroughs of the 1960s in NYC. Nancy danced in the first performances of Contact Improvisation in 1972 with Steve Paxton and others, and since then has been central to its development as dancer, teacher, performer, writer/publisher, and organizer. She travels extensively throughout the world teaching and performing contact and other improvised dance work with favorite dance partners and performance makers including musician Mike Vargas.  She co-founded Contact Quarterly, an international dance journal, in 1975, which she continues to co-edit, produce, and publish along with other dance literature.

Nancy’s work and writings are featured in the books Taken By Surprise: A Dance Improvisation Reader and Composing While Dancing: An Improviser’s Companion, and in the film The Poetics of Touch. Her first book, Caught Falling: The Confluence of Contact Improvisation, Nancy Stark Smith, and Other Moving Ideas, came out in 2008. She lives in western Massachusetts.