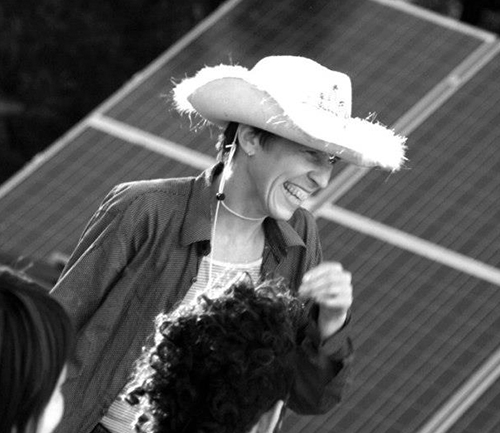 Stephanie Maher is a dancer, choreographer, improviser and teacher originally based in New York and  San Francisco. She is known for her breathtaking physicality and for creating works that express a unique blend of intimacy, sensitivity, and wild humor.

She has been teaching performance making, Release-based technique and Contact Improvisation in an International setting since 1992. From 1989–1993 she was a dancer/choreographic collaborator with the Margaret Jenkins Dance Company. In 1995 she co-founded the extreme dance performance group CORE with Keith Hennessy, Jess Curtis, Stanya Kahn and Jules Beckman, and was a regular denizen and producer of events at the infamous 848 Community Space, and is still today a main collaborator with San Francisco dancer/choreographer Kathleen Hermesdorf.

In 1998 Maher relocated to Berlin, Germany where she continued to perform, organize,  and teach in the community-based settings of K77 Studios in Berlin and founded the Ponderosa Tanz/Land Festival and P.O.R.C.H., a three month long contemporary dance  program for aspiring professionals in Stolzenhagen, Germany.