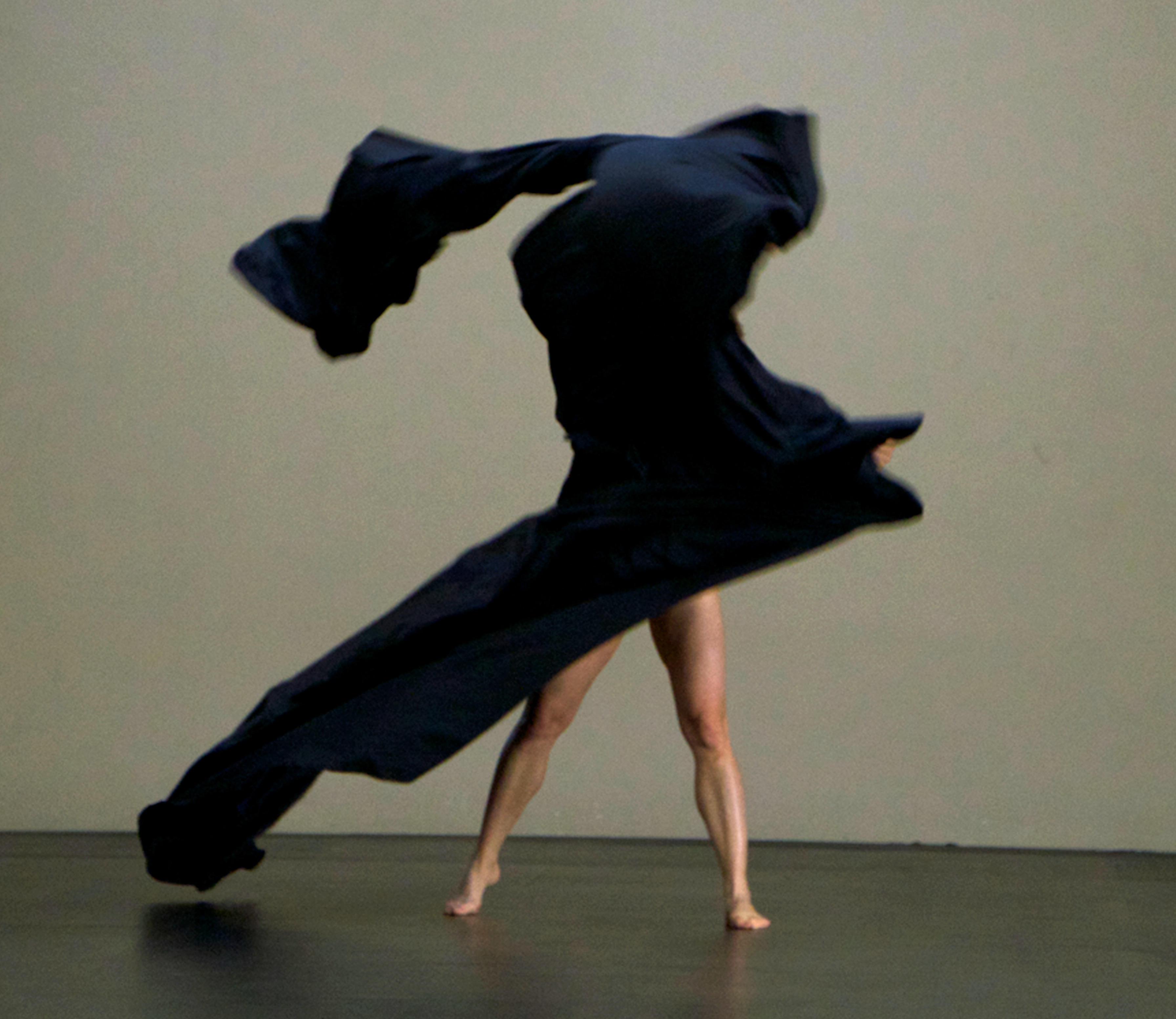 A solo by Isabelle Schad

Isabelle Schad will present excerpts from her solo Der Bau.

DER BAU (The Burrow) is a continuation of the work started in 2008 that manifested itself concretely in the series UNTURTLED #1 through #4. In this series of pieces, the costume was considered as a transitional object: at once a prothesis of the missing last layer of the body, and simultaneously the first encompassing external space. The costume as organ makes possible an exploration of the body and the space around it can generate, as space, and as a stage, and as a scenography.Kafka’s novella Der Bau, where the burrow is described as a space deriving from the body itself, yet still belonging to it — bearing the form, traces, odours, wastes and reserves, hope and despair — seemed a good basis for further explorations of conceiving this new relationship between body and space…During the creation process it became clear that space itself is an organ, and it should be seen as an extension, a prolongement of the body. Rilke’s statement about Rodin (Rodin does not sculpt the body, but the spaces around them) can serve as the guideline to understand this idea.We built a two-dimensional, planar, fluid space of large sheets of fabric. These external tissues are dealt with like internal tissues, and they respond in a surprisingly alive manner, at the same time as part of the body, as a shell, and as a partner.